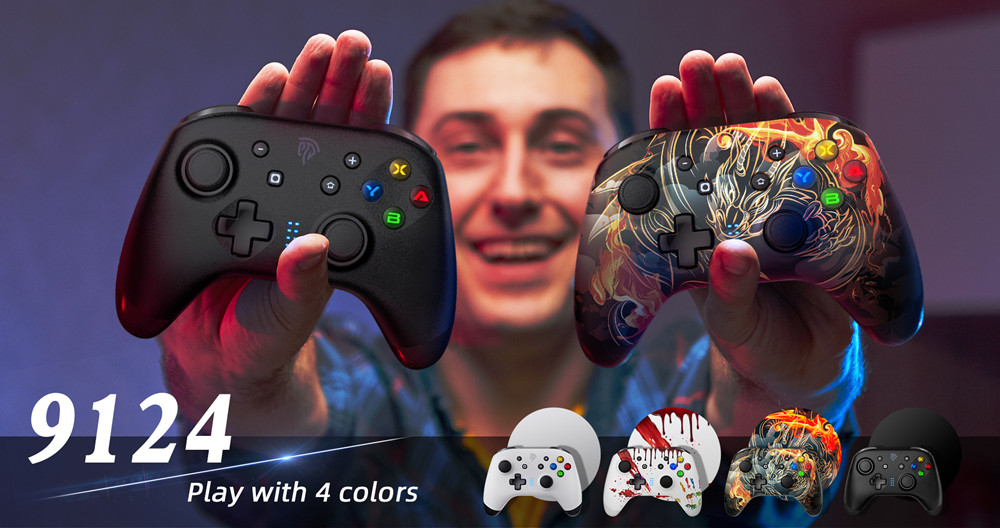 If you love playing video games on your Nintendo Switch, then it’s important to have a comfortable controller, that you can also use as a pc gaming remote. Some of the most recent high quality controllers include:

The Joy-Con controllers are the default option when it comes to playing on the go with the Nintendo Switch. They’re small, light and easy to pack in your pocket. However, they’re not quite as comfortable as a full-size controller, so if you want a more familiar feel while playing on your console at home, take a look at some other options below.

This premium wireless controller is a solid choice for those looking for an alternative to Nintendo’s own Pro Controller. It offers many of the same features as the official accessory but at half the price — plus it comes with Bluetooth connectivity so you can easily pair it with your PC or Mac without needing any additional hardware.

The Pro Controller is the most expensive option, but it’s also the highest-quality controller you can get for your Switch. It looks and feels like an Xbox One controller, with dual analog sticks and a D-pad, plus a huge battery that can last up to 40 hours. It also has motion controls built-in, so you can use it as a Wii Remote replacement if you want.

The PowerA Fusion Pro Wireless controller is great for playing games like Fortnite because it has a D-pad instead of the Joy Con’s circle pad. It also comes with a rechargeable battery pack, so you don’t have to worry about replacing batteries or cables every time you want to play.

How to Choose the Best Nintendo Switch Controller

Here is what will guide you for the best controller.

A wireless controller is great because it allows you to move around more freely while playing a game. However, there are some downsides to them as well, such as charging time and battery life. If you aren’t planning on moving around too much while playing games then it might worth getting a wired controller instead since they are generally cheaper than their wireless counterparts and don’t require charging after every use.

Most controllers will be made out of plastic but there are also some that have metal parts which adds weight and durability to the device but also makes it more expensive than other models on the market today. Some people prefer this type of design because of their sturdiness that guarantees their durability.

Do you want motion controls?

Motion controls are great for games that use them, but they can be quite expensive if they’re not included with your system. They also require more battery power than regular buttons, which means they may not last as long as other controllers do.

A lot of the gaming fans are waiting for latest upgrades in the field of gaming consoles. In many cases, people want to own the best Nintendo Switch controllers. They want this product for it has an impressive look and can be used for a long time before starting to look old. There are many gaming accessories in the market but to acquire the best one, you need to do a lot of research.

Adam
Adam believes that you can have anything you want in life, if you are willing to work for it. He has worked hard for everything he has, and is grateful for every opportunity that comes his way. Adam is a veteran of the United States Marine Corps and proudly served his country. He is currently the owner of two businesses, and is always looking for new opportunities to help others achieve their goals.
Previous articleHow To Wash 613 Wigs
Next articleWhat You Should Look Out for When Purchasing a Soft Bullet Gun

The most efficient power backup is given by the...
Read more