How And Why Are Car Windshields Stronger? 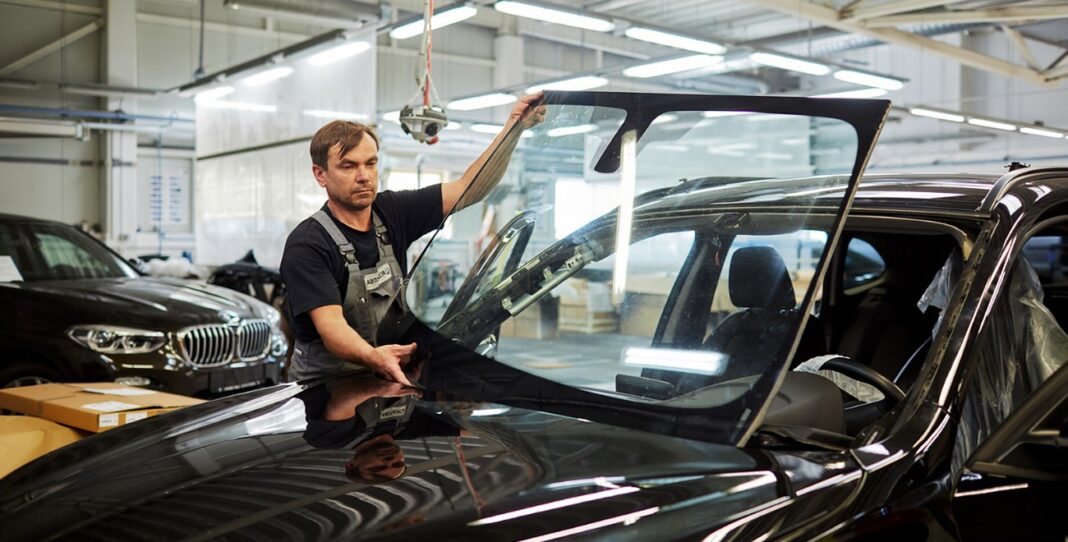 The modern car windshield has come a long way since the first automobiles began to be mass-produced in the early 20th century. While early cars had simple glass windows, they were far more likely to break than today’s car windshields. Many car manufacturers use high-tech materials and innovative production processes to make windows that can withstand collisions, high speeds, and even harsh weather conditions.

But still, wholesale car windshields would be worth considering as they hold many perks. Let’s look at what makes the windshield and how it’s made so strong.

You might not realize it, but the modern car windshield comprises two layers of glass and a thin layer of plastic. This design is more durable than the earlier models with just one piece of Glass. You may have heard that laminated Glass can break into shards when hit by something like a rock or baseball, but this only happens if the impact is strong enough to shatter both surfaces at once.

In most cases, you’ll see cracks starting on one side before spreading through both layers until they meet on the other and finally break apart completely. Since laminated glass doesn’t shatter into tiny pieces unless its thickness is less than 1/16th inch (or 0.0625 cm), sending your windshield flying across the car interior takes quite an impact!

Use of Material like Polyvinyl Butyral (PVB) And Polycarbonate (PC)

There are two main types of materials in a modern car windshield. The inner layer is the first type of polyvinyl butyral (PVB). This material is often referred to as safety glass because it helps reduce injury to passengers if there’s an accident. The second type is a layer of polycarbonate (PC), which is the outer layer. This material provides impact resistance, meaning it will not shatter into pieces like an ordinary window when hit by something hard enough.

Use Polyurethane (PU) As an Adhesive

One significant innovation of modern car windshields is using polyurethane (PU) as an adhesive. PU has been around for decades and is used in many applications, such as making adhesives, coatings, foams, and sealants. In cars, it’s used for various things:

If you’re in a severe accident, your windshield can be the difference between life and death. If it shatters, all your car’s safety features will be completely useless. The best way to ensure this doesn’t happen is by choosing the right windshield for your vehicle. Modern windshields are more robust than older models because they use laminated Glass, consisting of two layers: an inner layer of tempered glass and an outer layer of clear laminate glass. This is why modern car windshields are more likely to stay intact in a crash or rollover accident than their predecessors were—but there’s still room for improvement!

Safety has come a long way since the first cars were built, and modern windshields are one of the biggest contributors. Think about it – you’re sitting in a metal frame while traveling around 60 miles per hour. It’s important that nothing can break through that metal frame to injure you or your passengers. Glass is strong and flexible these days, so you don’t have to worry about any accidents ruining your day on the road. The next time anyone asks why we require car insurance, tell them how much safer glass windshields are than before!

Adam
Adam believes that you can have anything you want in life, if you are willing to work for it. He has worked hard for everything he has, and is grateful for every opportunity that comes his way. Adam is a veteran of the United States Marine Corps and proudly served his country. He is currently the owner of two businesses, and is always looking for new opportunities to help others achieve their goals.
Previous article3 Tips for Maintaining an Outdoor Rabbit Hutch
Next articleWhat Kind Of Pressure Fryer Do You Need?

A fuel pump is an essential part of an...
Read more

Tables are an essential part of the furniture for...
Read more

What is Sublimation Blanket and How to Use it?

What is Sublimation Blanket and How to Use it?